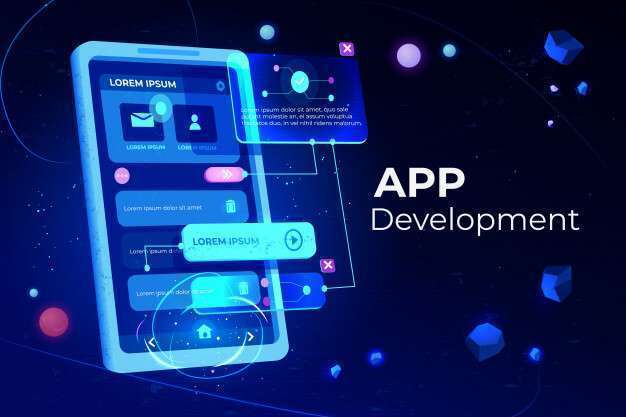 If you are finding the right mobile app development language, this is a blog you are going to love. We are mentioning some of the best languages which can give you an edge over your competition through feature-rich, secure and high-performance application. So, let’s get started with further ado.

It is no surprise that JavaScript made it to the list. It is one of the most used languages of the development world, and modern technology such as React Native uses it for building a hybrid mobile application for platforms such as Android and iOS. This will only increase the use of the language globally; here are a few pros and cons of the language you must know.

It is a versatile language that offers faster client-side browsing. It is flexible and allows you to use it in various ways, and very easy to control. The only downfall we see is the server-side scripts always provide the same output, and the client-side script does not; they are unpredictable.

The advanced version of Java, Kotlin is another mobile app development language you would not want to miss out on this year. It is a programming language that offers amazing capabilities to build modern and feature-rich android applications, which is why the giants such as Trello, Coursera, and Evernote are using it.

It is a clean, concise, and perceptive language which makes it a superb replacement for Java. Since the language is new in the market, not many developers are highly experienced but not too hard.

C++ is one of the oldest languages. The object-oriented language offers low-level memory manipulation features and is used for native app development. It showcases features such as GUI-based applications and real-time mathematical simulations. This makes it a perfect choice for high-end products such as finance applications, banking applications, cloud applications, etc.

It is fast and stable, and why not visit here for hire top web developer.Development with C++ becomes easy, as it offers built-in libraries and compilers, giving you full control over development. Though it has many tools that are easy to use, it is a bit complex, and the standard library is pretty limited.

First things first, it is pronounced C-sharp, and it is another object-oriented language. Modern-day development is more highly focused on user experience and app performance which is the reason most of the languages in the list would be object-oriented.

It is one of the most amazing languages; it is easy to use, fast, and quick to deploy. It is a good replacement of languages such as Swift, Objective-C, and Java programming languages. The language is best used for high-performance game applications. Only a developer has to be very patient while coding with the language as it is intricate and complex.

A widely used language, and what an incredible comeback the language has made with the soaring success of AI and ML in the market. The language is used for desktop app development, media tools, ML, network server programming, and more. It is a sophisticated language offering incredible security and flexibility.

It is a good language for app development, as it is suitable for many platforms. But it has slow execution time and not the first choice for memory-intensive applications.

The king of the web development domain is here to surprise you with out-of-the-box capabilities to build high-performing mobile applications. It is one of the most recommended languages not just for web app development but also for mobile app development. They are best used for apps that require database access.

It is a flexible language that can be easily embedded with HTML and HTML5. However, it is not suitable for large applications and modern development. It also doesn’t have good error handling.

Swift is an app development language for iOS, OS X, tvOS platforms. The language is highly scalable and is expressive, which makes it fun for developers. Apps built on Swift require less maintenance and avoids bugs, which gives it an edge over Objective-C. It is a powerful and intuitive application that makes it easy for developers to build interactive features and beautiful applications.

However, it is not much suitable for heavy applications and also requires too many regular updates.

It is an extended version of the C language and is an object-oriented programming language. It offers features such as Smalltalk-style messaging and is used for macOS and iOS app development.

But the language doesn’t support any modern features and requires extended coding, which is why Swift is mostly preferred for some languages.

With versatility and amazing features, this is the language that makes development simplified. But, not too soon, as it too has some shortcomings. It is many libraries that are poorly written, it is also a bit complex, and thus you have to find an experienced professional for development.

Location-based mobile applications are best developed on HTML5. It has proven benefit over web-fronted applications. It is a markup language but that uses tags and presents content on the webpage. Using the language, you can build dynamic applications with great functionality and support for media elements. It is also a multi-platform application.

The only thing is it takes a lot of time to develop mobile applications as a vast amount of coding is required. Customization also needs code adjustment. This was it, guys! I hope you like the blog and find a solution for your upcoming products. In the end, we can tell you it is not only about the language; you must find out experienced developers with knowledge of your industry. Check out why you need to hire the best web developers here.

You May also Read:

-Top 10+ Best GitHub Alternatives
-AWS or Firebase for Your Mobile Backend?
-Is Python Scalable?
-Top 10 incredible things you can do with React.js
-Everything about Artificial Intelligence
-Google Maps Adds Accessible Places for Wheelchair Users
-Now Android 11 Beta is available today
-Reasons behind Python’s popularity despite being a slow language
-Best Software Submission Websites
-Do you know about Machine learning and How Does it work?
-SEO tools You Should Be Using