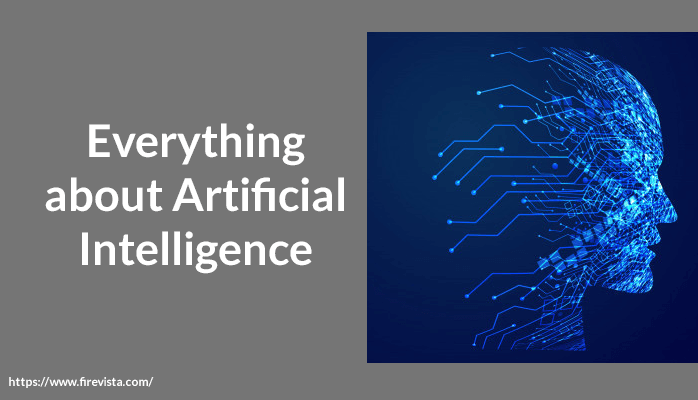 The idea of creating objects with high intelligence has been in the minds of humans for a long time. The field of Artificial Intelligence was formally founded in 1956, but the beginnings of AI can be traced back to classical philosophers who described human thinking as a symbolic system. The term was coined in a conference at Dartmouth College, Hanover, in New Hampshire in the year 1956. A lot of scientists who attended the meeting were highly optimistic about the future of Artificial Intelligence, although creating AI wasn’t so simple.

The field saw a period of non-funding from 1974-80 (“AI Winter”) after several reports criticized the progress in it. The area began to revive with efforts by the Japanese. After another winter from 1987 to 1993, the research started to revive, and in 1997, IBM‘ Deep Blue defeated Russian grandmaster Garry Kasparov and became the first computer to beat a chess champion.

In 2011, the talking computer “chatbot” Eugene Goostman tricked judges into thinking he was real human during a Turing test. However, the accomplishment was controversial, because only one-third of the judges were fooled, and experts believed that the Turing Test was not the right way to measure Artificial Intelligence. The field of AI has now become a lot broader than what it was intended and serves a lot of purposes in human lives.

Reactive Machines are the oldest forms of AI machines with minimal capabilities. They do not have memory-based functionality, which means that they do not learn from their experiences. One can use Reactive Machines only for automatic response to limited combinations and variations of inputs. Deep Blue by IBM is a famous reactive machine, which became the first computer to beat a chess player by defeating the Russian Grandmaster Garry Kasparov in 1997.

These are machines that can look into the past and learn to make decisions from historical data. Almost all applications of Artificial Intelligence that we know of comes under this category. Everything from deep learning and chatbots to virtual assistants and automated vehicles uses limited memory AI. For instance, self- driving cars observe other cars’ speed and direction, which one can achieve only by identifying objects and monitoring them over time.

Theory of mind AI is the third type of AI system that is under creation and exits only in plans and concepts. AI of this type will be capable of understanding the systems and entities that it will interact with. It will be able to recognize their needs, feelings, and thought processes. They are the future of AI, and if they are ever to walk among us, they will have to be capable of understanding us and adjust their behavior accordingly.

“Self-Aware” is the final stage of AI development and the second type after “Theory of Mind” which currently exists only hypothetically. These are the systems that will be conscious and will be able to form representation about themselves with developed self-awareness. Creating this type of AI will be the ultimate objective of Artificial Intelligence and will be equivalent to creating a life in itself. This type of AI will be not only able to understand the emotions of others but also be able to evoke emotions in those it interacts with, and will also have feelings, needs and thoughts of its own.

Artificial Narrow Intelligence ( also known as weak AI) is the only type of AI that we have been able to create till date, and it represents all the existing AI, including all the complicated and capable AI. They perform only the functions that operate under narrow sets of constraints and can only perform tasks autonomously using human-like capabilities. The technologies like Siri and Alexa to the most sophisticated machines like the Internet of Things and Automated Robots come under Artificial Narrow Intelligence.

The creation of Artificial Super Intelligence will be the pinnacle of AI research, and ASI machines will be the most capable form of intelligence on earth. ASI will not only replicate the multi-faceted intelligence of human beings but also will be exceedingly better at everything they do. It will be possible because of immense memory, faster data processing and analysis, and better decision-making capabilities. The potential of having AGI and ASI machines seems appealing, but these machines may also threaten the existence or dominance of humans on earth.

Artificial Intelligence will bring a future that humans presently cannot even fathom. Development of Self-Aware machines can boost the progress of humans on a completely next level, but who knows if they actually might threaten the way of our lives and take over the world one day.

Google Maps Adds Accessible Places for Wheelchair Users
Now Android 11 Beta is available today
Reasons behind Python’s popularity despite being a slow language
Best Software Submission Websites
Do you know about Machine learning and How Does it work?
SEO tools You Should Be Using