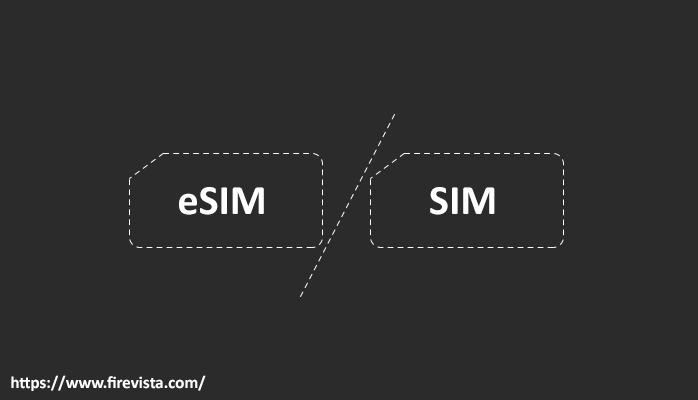 In this telecommunication world, everyone knows about the SIM. But many of you may not know about eSIM Card. In simple words, eSim is like a SIM card which can be embedded on mobile phones. This eSIM is more advanced version because it is capable of storing all information required for the authentication and identification of mobile phone.

This is not available in the physical form, like SIM cards. Therefore, you can’t do swapping of SIM because it is in the integrated form in the main board of cellular phone that can not be separated from the mobile device.

Might be you are thinking about how eSIM will work when you change your mobile network? No, worries you will be knowing the answer of this in the below section.

Does eSIM Work While Switching the Network?

Of course, eSIM will work when you switch from one network to another. The eSIM is adaptable and rewritable by mobile network operators. The information can be modified in case you changed the network. For this, you have to make a phone call. Hence, it’s not a big deal to change plan, add a plan, connect devices with eSIM. You can say it is like an NFC chip which is used for Google Pay, Samsung Pay, Apple Pay etc.

The GSMA association of mobile networks look after the development of eSIM. The GSMA regulatory organizations for fixing the regulations for eSIM.

The Apple company was the first to manufacture eSIM.  In the beginning, they have used eSIM in iPads. Now, let’s discuss the requirements to use eSIM

Requirements to Use eSIM and Its Supported Devices

Certain conditions should be fulfilled to use eSIM. At first, it should be a complaint and enabled by the network. At present, not every network supports eSIM. In the XR, XS, XS Max and Pixel phones physical SIM slot is present. Thus, eSIM inside these phones is to serve as a second SIM support.

Recently, Apple utilised eSIM to the various devices iPad Pro,Apple Watch Series 3 and Watch Series 4. Aso, in the new iPhone XS and XS Max there is dual SIM support. In the US Google’s Pixel 2  is also integrated with eSIM yet it is limited to Google’s Google Fi. The Pixel 3, along with Pixel 3 XL now started to support eSIM.

The eSIM support is also available internally in Windows 10 and some devices with cellular modems like Qualcomm Snapdragon 850-powered PCs, it utilizes the eSIM as a substitute for traditional microSIM that is placed in the slot.

Presently eSIM works on the selected carriers or mobile networks. In case, you are using iPhone XS and XS Max then you should have any of the one from the carrier’s app or a QR Code for scanning. Further, that particular network or carrier should support eSIM.

Currently in the UK, Vodafone is supporting eSIM for only Apple Watch Series 3 or 4 Cellular.

The other is EE SIM which comes in traditional form SIM along with the QR code. The instructions are provided to use the QR code, every eSIM is provided with unique number.

How eSIM is Different from Traditional SIM

As I also discussed above, if you likely to switch your mobile phone then you take out your SIM card from the phone and you place it in another mobile phone. On the other hand in case of eSIM, you have to call the carrier. Some of you are not likely to do this. Though, there is a second option, in the upcoming time carrier may launch connectivity apps from which you can activate your phone with the required carrier. This was the option which might be possible in the future.

How to Use eSIM in Practice

For your assistance, if you have SIM and eSIM allocated on your phone and these two are on different networks, both the networks on the iPhone will be displayed on the screen at the same instant.

Secondly, in case your mobile device is on the standby status containing both SIM and eSIM, you will be able to receive calls and text messages on both numbers.

The Advantages of eSIMs

Just to tell you about some benefits over the traditional SIM. The eSIM Card has some of the strong advantages that suppresses its con. So, have a glance on some of these below.

The foremost one is that, the mobile manufacturer can do experiments on their design because they do not need to provide slot for placing the SIM. In reality the SIM card is integrated internally with the hardware. This may result in reduced size of bezel’s.

Furthermore, the mobile phone will become slimmer than previous without disturbing the other components like battery and others. The best example for this is Apple Watch 3. In Watch 3 the eSIM is installed which makes it smart watch. It is the best way to minimize the size of devices.

Most of the people face the problem during travelling when they are unable to use their mobile phone smoothly. People have to purchase new SIM, and removing the previous one. Sometimes, people carry more than a single phone so that they may not disconnected from any of the network. For this, eSIM will make sweeping change in this scenario. Just you have to call to carrier or either use connectings app. This will surely minimize the inconvenience of swappings SIMs or changing mobile handsets.

Some of Difficulties on the Usability of eSIM Card

One of the main difficulties that will come on the way of eSIM is the adaptability. Before launching of eSIM mobile phones, first it should recognised and acceptable by all the main mobile network service provider or carrier provide.They have to understand the eSIM can be effective replacement in the near future in the field of telecommunications.

The mobile handset manufacturers also have to follow the standards. This entire process will take the time to make eSIM phones demanding in the market. However, due to competition if one company started offering eSIM the else will definitely will be running on the same track. The adoption of eSIM has been adopted by Apple in many smart devices. In a previous section I also mentioned that in US Google’s Pixel 2  smartphone is inbuilt with eSIM that operates on Google’s Fi.

In a nutshell, one of the most inconvenient and time taking situations is changing the mobile phones. Most of us are comfortable in swapping the SIM’s rather than changing a network with the eSIM phone. It will be more time taking process to talk carrier for the network change.

Actually, the people who rarely swap their SIM’s will found eSIM Card not much worthy and I think they will remain with the traditional SIM phones. Yet, there is another aspect also who frequently swaps their SIM’s for any reason will likely to adopt eSIM.

This will be a great option for these kind of people. There are few people who actually don’t know how to change SIM card in handset then the eSIM Card will be a kind of solution for them. Let’s see how much time it will take to be a revolution in the telecommunications.

-Most Useful Windows Run Command make your work easy.
-Meaning of Hashtag in Social Media?
-What is Dark and Deep Web- 3 Layers of the Internet.
-What is the domain name system and how it works?
-The difference between http and https protocol and how it works?
-Learn about SSL Certification Process and how to choose SSL Certificate for Website. -What Is Google Takeout Tool- What Is The Need And Usage