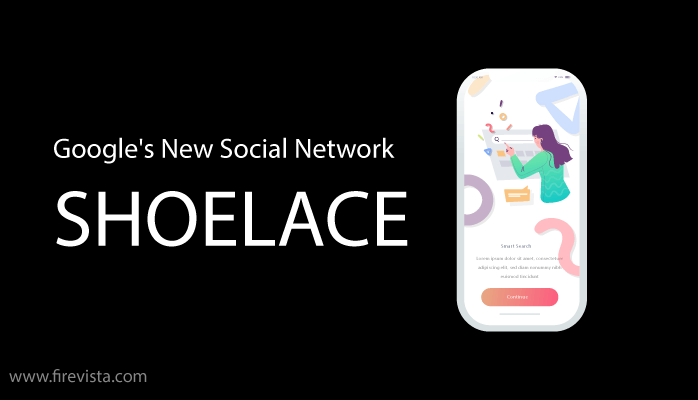 The Google keeps on try hand on something innovative. Earlier, the Google+ was the social network but for some reason it has been closed since a few months back. Now, the Google has blazed a trail in developing a social network app ‘Shoelace’. The innovative developers of this social networking are from the 120 area unit of Google. The objective of this app is to connect people not digitally but in real life. I think this is a brilliant thought to connect people in real life rather than digitally. At present it has become the demand of the hour that everyone should indulge themselves in social life. Because everybody spends time on the social networking sites due to which people are becoming less social. This new social network Shoelace encourages people to meet offline.

The people having the same interests and involve in same activities can be connected through this app. This app will be helpful in some of the scenario like someone changed their place and looking for people residing there to be familiarised with them. People using this app will be able to find the people sharing similar interests and can also join each other in real time. The folks can meet up together in social events happening in the city. You can opt to connected in a loop where you will get the updates of upcoming events like live shows, marathon, comic shows anything that you have an interest.

Further, you can easily search the things where you can plan to hang on and also send invitations to people whether they are connected on Shoelace or not. Now, let’s put light on its name Shoelace. According to Google as shoelace is for tie up shoe and stay connected. Similarly through Shoelace app folks will be connected on the basis of their common interests via sharing activities that are named as loops.

The Shoelace app is currently going through the testing process. Currently it has been launched in New York city. At first, Google wants to check out and analyse  the performance of this social app. So, that in case of any required change can be made. Afterwards, it will be available for nationwide and for more people. As it is a new experiment done by Google, there is not much details are available to convey.

Google gives the assurity of the privacy and safety while using a Shoelace app. You can install app after that you have to join the community. For this verification of your identity will be done. So that you can be connected to those Loops in which you have interest and also find the people in the same loop. The Google has made the efforts on their side to keep the profile and loops in Shoelace to be authenticated and are also fulfilling House Rules and community standards. In case anybody find any unethical stuff that they can report and it will be fixed by them.

How to Get Invitation from Shoelace

Presently, Shoelace can be joined on the invitation basis and has partnered with select communities. If you are living in the US and don’t have invitation then you can contact them. Also, you must have a Google account to login. This app supports Android devices (v.8.0 or latest) and iOS (v11.0) or latest operating system of mobile phones.

In a nutshell, Google’s new social network shoelace that encourages people to meet offline will be successful. After the test, let’s see how this app will be operating.

-What Is Google Takeout Tool- What Is The Need And Usage