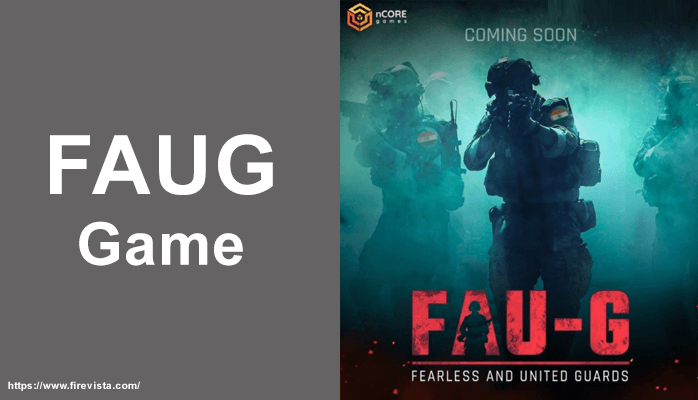 We all know that PUB-G is the most renowned mobile game all over the world. But now the Indian government had banned PUB-G. Don’t worry there is an alternative for everything therefore we have an alternate for this as well. Akshay Kumar has launched FAUG Game. This game is also known as the Fauji game(FAUG Game), Fau-G game, etc. The owner of this game is Vishal Gondal.

FAU-G game can be downloaded for free from the play store like other mobile games such as PUB-G, Gareena free, etc. Before downloading the game you need to check the basic requirement.

The following are the requirements:

Following are the steps for this process:

APK for the Fauji game can be downloaded from any website. After the post-launch, you will be required to visit any APK website like apkmonk, apkpure, etc, and after that look for fauji game apk. By doing this you will get the option to download apk for the game. Once you click on the download link of the game you will get the list of various versions of fauji apk file download links.

Below are the steps for this process:-

We all know that one can not play any game on there phone before it is released. It so obvious that PUB-G lovers are waiting for this alternate eagerly. So here, I would like to share the good news with you all. According to the media sources, the game is going to release in between 10th Oct to 20th Oct. It will be released on the play store. Its official launch event will be held online, user can also watch it on youtube. The FAUG Game official trailer will be done by Akshay Kumar on his social media (Twitter, Facebook, Instagram, and youtube).

According to the latest update on FAU-G Game news, a new game map is to be announced with the FAUJI Beta Version. The game map will be known as Galvan Valley. This player can play online multiplayer games.

FAUG Game (Fearless And United Guard) is the best alternate for PUB-G. This is a survival game. It is similar to a pub-g. It will be launched by Akshay Kumar in Oct 2020. The features of Fauji is just like PUB-G. It’s a great new for PUBG lover. This game is compatible with Android and ios platforms.

You May Also Read: –