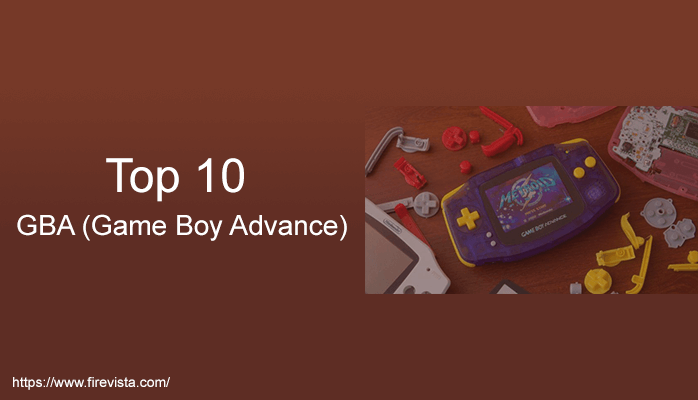 If you are searching for some old school GBA (Gameboy Advance) Action Games to play on your GBA handheld console device, then we must say that you have landed on the right track to know the top 10 best GBA action-packed games.

Well, the good news is that you don’t need to put much effort into finding the best GBA games, as we have gathered an extensive list for you.

Through this post, you’ll find the ultimate list of all the popular categories. If you have a GBA console device, it’s great to play with.

However, if you don’t have it, you can download the emulator on your PC to enjoy your favorite action, Game Boy Advance Roms.

We are jotting down the A1 list for you. Have a quick look at it:

If you are looking for the most popular shoot them up the game, then there could be nothing better than a Metal Slug Advance.

It’s the only title available to run on GBA(Gameboy Advance). When it comes to the top-notch action GBA game, then Metal Slug is one of them.

You’ll play the role of new heroes. Moreover, you can shoot your enemies in your way using vehicles or on foot. The Gameplay offers you powerful weapons, vehicles like cars, and more.

You can choose from the massive collection of these fast-paced and exciting elements. It’s the perfect game for action-packed game lovers.

If you wish to be like code and the gang and want to clean the streets of the city, then you must try this action-packed GBA game- Final Fight One.

It’s one of the variants of the classic arcade game. When it comes to playing the game, it’s breathtaking, the graphics are impressive, and more to explore.

Through the streets of a metro city, you have to fight your way. Defeat all the bosses, and rescue the distressed Jessica.

While fighting, you’ll get three unique and powerful fighters. So, get ready to break some bones.

3. The Legend of Zelda: The Minish Cap

The Legend of Zelda: The Minish Cap is an excellent storyline with amazing Gameplay.

The game is one of the most entertaining among the Zelda series. Believe it or not, you’ll love to play the game.

The game also offers you a very intriguing plotline and robust action. While playing the game, you’ll need to solve the puzzles and kill your opponents in the kingdom of Hyrule.

Your mission is to secure the entire kingdom against the evil forces, to help the little minish cap.

The game is the most adventurous one. So, get ready to defeat the forces that are taking over the kingdom.

4. The Legend of Zelda: A Link to the Past

If you are looking for a great review based action-packed game, then you must try The Legend of Zelda: A Link to the Past.

The game is loaded with ultimate features with few changes. When it comes to Gameplay, its the same, but with exciting background music and gripping storyline, which takes it to the next level.

In the game, you have to secure the world of Hyrule and the princess Zelda against the evil Ganon and it is different from Android Game.

All you have to do shoot arrows to slay your enemies and save the whole world with your action.

The game i.e., Contra Advance: The Alien Wars EX, has redefined the side-scrolling shoot them up the genre in this gaming field.

n the game, your soldiers go head to head against mecha robots & Aliens. YOu have to keep your world safe from alien forces and evil robots.

Just shoot everything! The game is about full-throttle action. Make sure that you never let go of the shooting button.

Mega Man Zero 2 is undoubtedly one of the best GBA games, that brings the side-scrolling action in this handheld console device.

The game is all about adventures of Zero, who fights against all the evil forces of Neo Arcadia. Zero- The main character of the game has different mighty powers than Mega Man.

So, get ready to slash your way through hordes of enemies on different levels.

It’s the other Nintendo’s most famous action-packed GBA (Gameboy Advance) game. While playing the game, you have to control the iconic Samus in her hunt for Aliens.

When it comes to its interface, it’s user-friendly and straightforward. Your mission is to eradicate every alien, existing on earth.

The Gameplay offers you powerful weapons, armor suit, and more. You have to solve the small puzzles, to move to the next level, and target your goal.

If you are want to play this adventurous game of Anakin Skywalker and Obi-Wan Kenobi, Star Wars III is the best thriller and an action-packed GBA game. It’s one of the movie franchises.

While playing the game, you have to control Anakin Skywalker & other people from both sides and fight your way via different duels.

You can use force powers, lightsabers, and even attacks to defeat your opponents.

The game hols up many mysteries and missions to explore. So, get ready to save the planet & defeat the dark side.

Spider-Man: Mysterio’s Menace is one of the entertaining GBA(Gameboy Advance) games of all time. Get ready to get some web-slinging action and be your own favorite character Spider-Man.

The game is loaded with full of exciting power-ups to collect them all. You can even enhance the agility & strength of the character. There is a final symbiote suite to heal Spider-Man.

10. Castlevania: Circle of the Moon

The game- Castlevania: Circle of the Moon used to be the most hardest GBA games to play in the olden days.

The game was pretty hard. You have no way to save your progress. Once you die, you have to start it again.