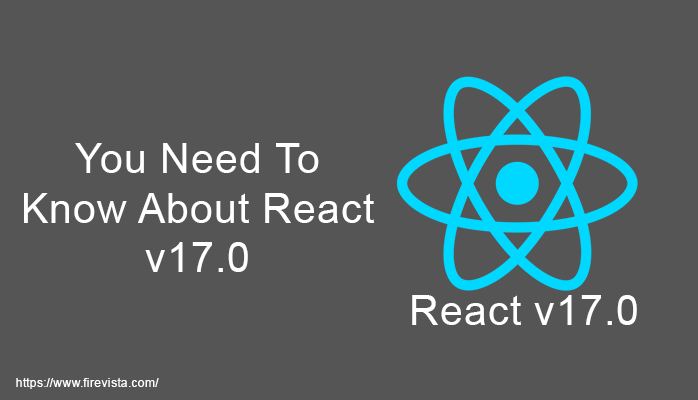 After 2 years from launching the revolutionary version of react 16. The new release candidate of react 17 has come to life. It does have many main changes especially when it comes to upgrading to new versions. In the next lines, we will sum up some changes in the new release of react.

You have the ability to download the React 14 Release Candidate via the Yarn or NPM command line.

You have even the possibility to use a CDN in your script.

There is not a lot of changes in the new release of react 17.0.0. The main change was making the upgrade stage easier for developers. Experts worked on the framework itself so they make it more compatible with the majority of browsers today.

Today, upgrading to a newer version of react will never represent a problem for you. Especially when it comes to delegations. The change in the event delegation is one of the top advantages of the new react version.

Event delegation has tremendous contact with the DOM. They listen to the upper level of the elements in the Dom. Like that, the performance and the response time of the app will be more efficient. Developers today are dealing with larger DOM trees and the event listeners are always attached to the parent node.

The new version of react is attaching the handlers to the root DOM container using the following syntax:

React 17 has a unique upside. It allows the developers to upgrade or downgrade their entire app or just a part of their app toward specific react versions. They can even gradually migrate their app step by step according to their need. This possibility will never alter the user experience of the end-user.

Gradual updates and the selective way for your upgrade

The deprecation problems are a painful phase for all developers around the world not only for react developers. The problems take laces when we want to upgrade our app from one version to a latter newer version. This step can represent real technical problems in the projects especially if the app is kind if large.

The great news is that he react 17 version can handle the problem very effectively. You will get rid of the pain of correcting deprecated errors manually. You can upgrade the framework to the new version in a selective way. You will not do it once in all. Like that, you can go step by step in your migration stage. This is a great tactic to adopt so we can avoid any kind of regressive problems in our project.

We can categorize two main changes in the new version of react 17:

Under the Hood Changes

JSX represents another way to write the syntax of React.createElement() statement. If any component is using the previous statement then the outputs will become react element or a DOM HTML that will be manipulated by react. Accordingly, react will make the adjustment so the performance of the virtual DOM will be improved as a result.

Babel is the library that is responsible to transpire ES6 into ES5. The reacDOM.render has the mission to render the DOM.

You can replace the rendering using the JSX function. This is initiated by the library called Babel 8. The JSX compilation often requires the React to import it whenever is needed automatically. You will get rid of injecting it manually whenever it is needed on your code.

Whenever an error occurs in the browser, you can easily find out where the problem is occurring. Thanks to JavaScript functions that handle hints about the name and the location of the stack trace. React 17 version made it possible and simpler to know where the bugs are occurring. Like that, you can save a huge amount of time and effort in error solving. Especially in the production environment.

Older react native dedicated for web versions are not compatible with react 17. However, they can run on newer versions. The react native has to release a new version for the web app in order to become compliant with the whole changes in the projects.

One of the top advantages of the new release of react 17is the HTML5 validator. The reactive virtual DOM needs to be produced respecting html5 specs. The missions are super easy thanks to the react 17 validators for html5.

The event pooling optimization is done with React 17. The new release relies on the mechanism of reusing the event objects between the multiple events. Accordingly, react set the field to null between the processes. You have to call e.persist() function to read the property or to use in your code.

The main purposes of this feature are to boost the performance in old browsers. However, it triggered many problems even in the new browsers. The feature needs to be implemented smoothly in your code.

You can use the useEffect() cleanup function for running asynchronously takes. You can run multiple processes at the same time.

You have to put in your mind that returning undefined in react 17 is an error. Instead, you need to return null.

The last release of react is much compliant with ES6. The older version can be deprecated while the time goes on. The new version ES6 can offer developers many facilities and easiness when it comes to compatibility.

The keyCode event is now totally deprecated. Many platforms that use the same deployment cannot recognize it. In newer versions such as react 17 are recommending using either key or code. After that, you have to add the code property to the event objects dedicated of the keyboard.

Another significant change is that the scroll event is also no longer supported in react 17. Besides, onFocus and onBlur events use the native basic functions of Focusout and Focusin.

It is not commonly used but it happens during the react compilation. Factory components are responsible for returning the object with the render method.

It represents confusing patterns since it is used to return a template value in function components. It can also be responsible for performance level, especially during compilation.

To sum up, we can confirm that the new release of react has motivated developers to give better solutions for their projects. The new updates are always in line with react founders. The developers are going to manifest more smoothness using the reputed framework over the years for sure. React main purposes is making the developer’s journey more efficient and more optimized. We have noticed over the last versions that the optimization is getting more and more enticing.

-Top tools to become a Devops Engineer
-Top 10 Matlab alternatives (Free&Paid)
-Everything about ReactJS
-Top 10 incredible things you can do with React.js