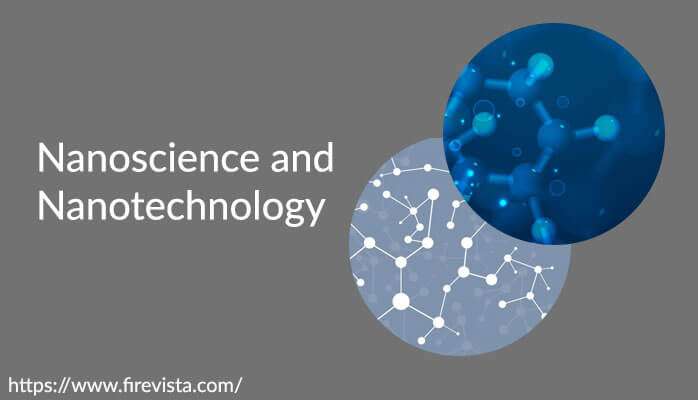 It is indisputable that modern society is not surprised by the creations that have been made in the world, and are accepted as part of daily life, however there remains the question of how they do it, its effects on health, the true objectives so that they are realized, but what is coming will really surprise, and this will be in the not too distant future, since they will be things that change our lives for their applications, advantages and disadvantages of having created it.

However, there have always been comments, more or less informed, about the new technology of the 21st century, although the massive introduction into our world, technology has already changed the way we see the world and where we really are going.

Then the new technological revolution will not surprise for its gigantic size as it was in the last century, but for its surprisingly small size called nanotechnology, where it is associated, on the one hand, with “molecular manufacturing” whose viability would have an enormous impact in our lives. Among the effects, its potential impacts on medicine, biology, the environment, computer science, electronics, construction stand out. At present, the main practical advances are already given in some fields: in physics nanoparticles, electronics and nanotube construction. The most questioned progress in the matter of nanorobots and self-reproduction are the subject of controversy among experts. There is no doubt that the revolution has begun. And also the debate about its benefits and risks.

And along the same lines, the objective of this publication is intended to be a scientific contribution and analyze the progress made and analysis of experts in this field in order to contribute to development information.

Facilitate access to information for citizens and stakeholders on a topic of fundamental importance to our societies.

Encourage debate about the advantages and risks associated with nanoscience and nanotechnology.

This article describes the analysis and advances of nanotechnology and nanoscience in different fields, but essentially these are issues of the introduction of nanotechnology in electronics, alternative energies, what effects these introductions have, in today’s world and Its next objectives to be met and what are the advantages and disadvantages we must take into account that they will come in the near future.

Truly, there is information regarding increases in the likelihood of solutions to confront indigenous cancer cells, and the benefits of the applicability of nanotechnology in the environmental field, but it has really been possible to establish a cause-effect relationship of these issues.

Among this analysis, we have the point of view of two people and their approach to health, where it is the first real solution based on cell therapy, where they provide us with two approaches.

Nanoscience has been linked since the 80s with contributions from Eric Drexler and with his contributions on “molecular nanotechnology”, where this is, the construction of nanomachines made of atoms and which these are capable of building other molecular components. Since then Drexler is considered one of the greatest visionaries on the subject of nanotechnology. In 1986, in the book “Engines of Creation” he introduced the promises and dangers of molecular manipulation.

Another of the greats in nanoscience is Richard Feynman and is considered the father of “nanoscience” and won the Nobel Prize in Physics, in 1959 he proposed to manufacture products based on a rearrangement of atoms and molecules. In the same year, the great physicist wrote an article that analyzed how computers could consume very little energy and achieve amazing speeds and all this would be obtained by working with individual atoms.

So this made Charles Vest (former president of MIT) announce that nanotechnology will lead us to a second industrial revolution in the 21st century, at that time he said that would mean numerous advances for many industries and new materials with extraordinary properties, new applications. with incredibly faster components, molecular sensors capable of detecting and destroying cancer cells in the most delicate parts of the human body and many more applications and that among many advances in nanoscience will be the great technological advances that will change the world.

Then, nanotechnology is the study, design, creation, manipulation, and application of materials, devices, and functional systems through the control of matter on a nanoscale, and the exploitation of phenomena and properties of matter on a nanoscale. When the matter is manipulated on such a tiny scale of atoms and molecules, it demonstrates completely new phenomena and properties. Therefore, scientists use nanotechnology to create new and inexpensive materials, devices and systems with unique properties.

Nanotechnology is the science of the future, where it allows us to manipulate matter by giving it different applications, and such manipulations are expected to allow us to obtain great results in different fields.

Nanotechnology is expected to be the solution to many problems and to be a great benefit in society, as long as it is well viable, for purposes that benefit society.

In electronics, the use of nanoparticles will allow these elements to be increasingly smaller and their costs are not so high.

The use of nanoparticles to produce alternative energies will be the best advance that can be produced since it will help us to significantly reduce pollution.

-Top 5 Android Apps for Online Shopping
-7 Steps to Expand Your Online Business in 2019
-5 Features To Look For When Buying A Home Security Cameras
-Untold Techniques to Export Hotmail Emails to Thunderbird
-Here is How to Backup Gmail Emails to USB
-Best Professional Audio Editing Software for Windows and Mac
-Do you know about Shanghai Tours and How to Make Trip Plan ?
-Best Money Making Apps for Android users
-Technology Trend That How Science Fiction Is Becoming A Business