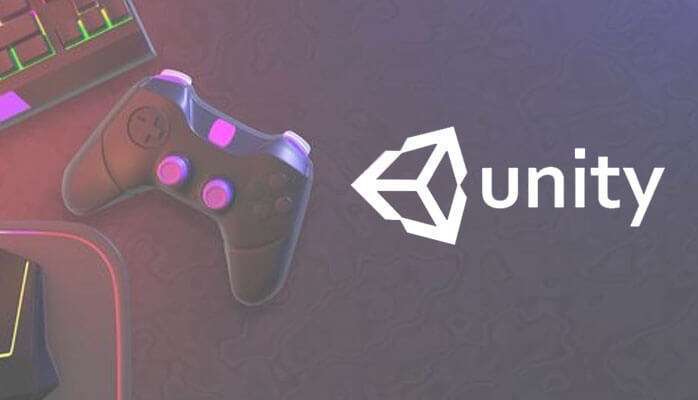 What is Unity 3D?

Unity is a game engine and a cross-platform IDE for game developers. Unity, like a game engine, can provide plenty of the most important in-built features that are necessary to make a game work. Some of those features are 3D rendering, physics, and collision detection.

If a developer wants to add some appealing elements to his game, he doesn’t need to build it from scratch. He can check the asset store and will definitely find something useful like fire effects or tilt control. You can also hire unity 3d developer to develop a 3D game for you.

Some of the top Unity 3D games are Pray for the gods, New dawn, etc.

In this article, we are going to learn how to develop an easy Unity 3D game in a step-by-step process.

Step 1:- Create a new project: First open unity 3D. Click on the File and then New Project and then select the file location. After that Type the name of the project and click create.

Step 2:- Properly customize the layout:  The first thing you have to do is to customize the layout. Or, you can also use the default layout as well. Unity has 5 main windows where you need to keep your focus most of the time. These five windows are Game, Project, Inspector, Scene, and Hierarchy.

Step 3:- Save the scene and build the setup: Click File and then save the scene. The Asset is a premade folder where you can store your scripts and scenes. Now save the scenes as scenes.

Then add the current scene to build.

Now select the platform you desire. If you are a beginner then it is recommended to select web player or PC standalone.

Click on the ‘Player Setting’ under the ‘Build Setting’ window. Here you can change the default icon, game name, etc.

Then close the ‘Build Setting’ window.

Game project-create other-Cube or Create menu in the hierarchy window then add ‘Cube’.

Creating a cube is a good practice to build a cube to create a new game.

Now select the cube in the hierarchy and then rename it as ‘Wall’.

Now select all of the four walls and drag each of them under the stage.

Now, add a plane game object and use it for the floor. Then rename it ‘Floor’ and drag it under Stage in the hierarchy.

For this, you can download different characters online or you can use in-build game objects for players.

Then select the sphere in the Hierarchy and rename it ‘Player’.

To make it look like a player, we need to subject it to the laws of physics. For that click add component with the player selected. Then Add the Physics-Rigid body and leave all the settings as default.

Step 6: Make the player move around:

In this step, you will require coding skills. If you are not that good enough at coding, then it’s better to hire unity 3d developer.

First, select the player in the hierarchy. After that click Add Component at the bottom of the inspector window. Select New Script and then name it as ‘Player controller’. Then select the coding language you are most comfortable with like CSharp. Then click create and add.

Now open Script from the project window for editing. This will open MonoDevelop, a programming environment where you need to do the required programming.

At last, save the CSharp file and get back to unity.

To create lighting in the game, create an empty game project and rename it ‘Lights’.

Then create the directional light for the game. For this, select the ‘Create’ toolbar from the hierarchy panel and rename it as ‘Main Light’.

Now when the main light is selected, change the light settings in the Inspector panel and create shadows to give it a realistic look.

Tune the camera: The main camera maybe not be perfectly tuned. To fine-tune it, select the main camera in the Hierarchy panel. Then adjust it until it starts looking good in the preview.

Make the camera Follow the player:  To do this, create a new script named ‘Camera movement’ Double click on the ‘Script’ and ‘MonoDevelop’ Programing environment will open where you need to code in CSharp.

Save the script and back to unity. You can also hire unity 3d developer to do the job for you.

Make items and let the player collect items and show the score:  First create new items as mentioned before. Then open the player movement script in the inspector panel where the player object is selected. Modify the script to allow the player to move and collect items.

Now save the code and come back to the editor. Then try out the game.
Conclusion: Though there are multiple game engines with the most advanced graphics. But developers like unity 3D because of its ease of use, performance, and flexibility. To make better Unity 3D games, hire unity 3d developer.

-Online marketing for photographers.
-5 Benefits of Custom Software Development
-Smart TV App Development: How to Create, Development Cost & Key Features
-How To Easily Build An App Like Uber For Tutors App In 2021
-Import EML to Office 365 Account in Bulk with Attachments!