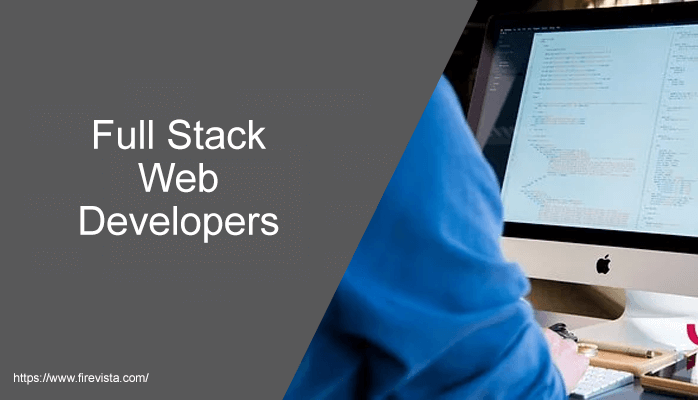 If you are looking to become a full stack web developer then you’ve made a wise choice. The Technical world is changing at a fast speed, and so is the technical jobs. Knowing both back-end and front-end technologies can give you a boost up in the tech industry and perhaps even land you a six-figure salary. Isn’t that great!

Before jumping into the full-stack web development, it’s valuable to have some understanding of the common programming languages needed for a full-stack developer. So that you can make an informed decision regarding building your base.

If you are just beginning your Full-Stack developer career path, here are the best programming languages and technologies to learn right out of the gate.

If someone asks why java, the most frequent sentence that comes up would be “write once, run everywhere”. This is one of the most simple and readable programming languages that is commonly used in developing native Android apps. Java has made its mark from the last 20 years and is 99% object-oriented. It is robust as java objects contain no references to data external to themselves. In comparison to C++, it is simpler as Java uses automatic memory allocation and garbage collection.

The language is usually used for back end technology especially while dealing with complex applications. Java is a platform-independent language. Additionally, it is also capable to operate on all platforms such as Mac OS, Windows, UNIX, Solaris, Linux, among others.

By seeing the JAVA’s stability and compatibility, it is suitable for large-scale projects. Thus, making it suitable for any project that you may have to undertake. With so many good reasons and a wide range of business applications, java is all the time beginners’ favorite.

If you wish to give your users a fantastic experience while making web pages as interactive as possible, then JavaScript is the best programming language. It is a browser-based programming language. JavaScript is lightweight, interpreted and plays a vital role in front-end development. Some of the major social media platforms believe that JavaScript offers an easy way to create interactive web pages and is career-driven.

According to the Stack Overflow’s 2018 Developer Survey, JavaScript is the most popular language among developers for 6 years. It is most preferred by developers because of its compatibility with all the major browsers. Also, it is highly flexible with the syntax it carries. Being a Front-end language, it is also used on the server-side through Node.js. Thus, making JavaScript loveliest programming language among the beginners.

PHP stands for Hypertext Preprocessor, server-side scripting language that is commonly used by web developers. It is a back-end technology, and it is used to create web pages written in HTML. PHP is popular because it is free, cost-effective, easy to set up and simple to use for newbies.

It is highly compatible across multiple platforms and is an open-source utility. As a full-stack web developer, you need PHP because it is well supported by a large online community and it is one of the best when it comes to developing web-based applications. Also, it can be used in developing media and advertising applications.

PHP was created to maintain the Personal Home Page (PHP) for Rasmus. But it has taken over around 83% of websites globally. The language is used to create dynamic web page content, and images used on websites. Additionally, it is well dressed for the WordPress CMS (Content Management System).

Ruby is an open-source, dynamic programming language that offers a programmer-friendly interface for development. It is also an object-oriented language, making it one of the best programming languages for those that would like to make creative designs. It is used by web developers because of its simplicity and the effectiveness of its writing techniques.

Ruby was designed to simplify the programming environment and making more fun. It becomes popular by Ruby on the Rails framework, a full-stack web framework. It does not have any strict rules and it is a high-level language that resembles the English language to a great extent.

It is easy to learn, and hence good for beginners. It is mainly used for developing web and mobile apps. In short, users can build an application with fewer lines of code.

HTML stands for HyperText Markup Language, is a globally accepted standard markup language. If users need a tool for formatting web pages by giving them the best look and appearance, HTML comes as the preferable choice. When used with JavaScript and Cascading Style Sheets (CSS), HTML gives the desired page layout of the web pages. Some of the remarkable features of HTML are its syntax is simple, is easy to learn, is supported by all browsers, and is search engine friendly.

Python is a general-purpose programming language that has a variety of features such as object-oriented programming, functional programming, and structured programming. The syntax of Python is clear, intuitive and almost similar to the English language.

It is also a scripting language, which means as a full-stack web developer, you will need this language especially while working on scientific, academic and research-based applications. That’s because Python offers prompt execution and can be used in mathematical calculations.

Python is so popular in areas like scientific computing, and machine learning and engineering. Additionally, supports a programming style that uses simple functions and variables. It is really good for beginners and can easily be used by hackers and cybersecurity experts.

Perl stands for Practical Extraction and Report Language, which is an interpreted language and was developed by Larry Wall. Perl is recommended for text processing, as a full-stack web developer. The language combines most features of other programming languages too. It has various frameworks such as Catalyst, Dancer and Mojolicious, and toolkits. Perl can make web development and deployment easier and much simpler. Perl can manage texts and glue systems make it a great tool in web development.

The full form of CSS is Cascading Style Sheets, it is a style sheet language. It is used to describe the presentation of a document written in other languages, especially HTML or XML. CSS enables you to have control of the web pages during their development. Some of the remarkable features of CSS comprises of compatibility with every web browser, ability to produce web pages that can be customized and are print-friendly. Also, it has the consistency of the web pages among others. There are various benefits of using CSS as a full-stack web developer.

SQL stands for Structured Query Language and is a special-purpose programming language used by web developers to access required data from databases. SQL can access and manage data in MySQL, Oracle, and Sybase among other database systems, making it appropriate for use on data-driven websites. It is also used for storing, manipulating and retrieving data stored in a relational database.

SQL keeps data precise and secure, also helps in maintaining the integrity of databases, irrespective of its size. It is used across web frameworks and database applications. If you are an expert in SQL, then you can have better command over data exploration, and effective decision making. are in high demand and offered high pay scales by various organizations.

C++ is a general-purpose, object-oriented, and server-side programming language that can be written in simple English language. The portability of C++ makes it easy and efficient to use among programmers. As a full-stack web developer, C++ is an appropriate language because of the reusability of the code and the high-level performance.

There are various programming languages that full-stack web developers require. With the changing technological advancement, there is a need to learn as many languages as possible as there is no one language that is made to fit in all situations.

C++ is more performing than dynamically typed languages because the code is type-checked before it is executed on real grounds. Major areas of development are Virtual Reality, gaming, computer graphics, etc.

Swift is an open-source, general-purpose, compiled programming language developed by Apple Inc. It is deeply influenced by Python and Ruby and was designed to be beginner-friendly and is quite fun to use. The language is considered to be faster, more secure, and easier to read and debug than its predecessor Objective-C.

Unlike Objective-C, Swift requires less code. Therefore, it becomes much easier for existing techies from JavaScript, Java, Python, C#, and C++ to switch to Swift without any hassle.

Other than this, you may not find many Swift developers around you as compared to other open-source languages. So, it will be good if you master this programming language.

Rust is a programming language that mainly focuses on safety and safe concurrency. It offers the performance of C and C++ but with safeguards to stop developers shooting themselves in the foot. The syntax of Rust is similar to C++ and so can be easily integrated into existing C/C++ codebases. It is good in embedded systems programming because of high performance, multiple safety features, a typestate programming style as well as zero-cost abstractions which makes it ideal for embedded systems programming.

It allows memory management using both dynamic and static methods using various tools. Rust is used to program a wide range of embedded systems from small microcontrollers to large multifaceted systems. Additionally, there is large community support in Rust for embedded systems programming.

Final Words If you want to start your career as a full stack web developer, then there’s not one single path to become one. There are several programming languages that you would require. By learning these technologies you’ll have familiarity with each development layer. Be up-to-speed on the most in-demand programming languages, and you will be on your way to mastering full-stack development.

-Top 10 Best GBA (Gameboy Advance) Action Games You Should Know About
-What is WordPress Hosting? Explaining Advantage And Disadvantage