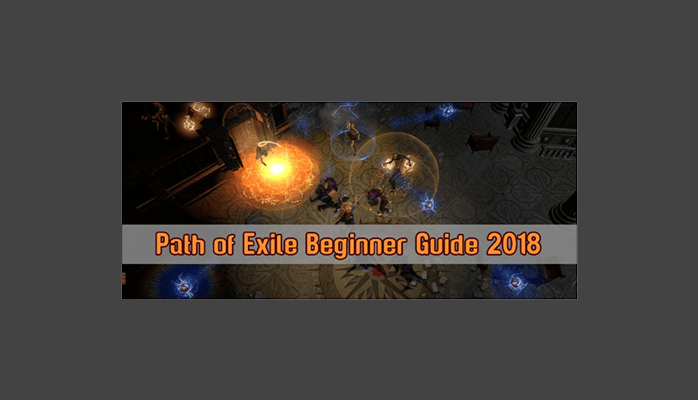 Path of Exile is a relatively tricky game. Going to the end of “Merciless” mode will require patience and a bit of determination. This little survival guide will give you some tips to pack before embarking on the ruthless world of Wraeclast.

Don’t hesitate to step back! No shame in retreating if it saves your life.

Watch out for lags! The servers are sometimes overloaded, and latency can intervene. The latter was very present the first weeks. The developers worked on it, and it is now less common.

Do not skimp in using potions: they recharge according to the enemies killed, and a simple return trip by town portal to the village recharges them all thoroughly.

Death is hardly penalizing in the normal and cruel modes. It is much more in “merciless”: one death = one / more hours of play less.

Feel free to browse through the general options to include a minimap at the top right of the screen.

The zone map, accessible with the Tab key, moves using the arrows on the keyboard.

If you click on a quest icon (accessible via the U key), you will know where to go on the Global Map.

When you want to farm an area, you can reset it by re-entering it with Ctrl + left click (from the warp portal or the area next to it). It also allows you to see, as a group, who is in which instance.

The right-click is used to release the gems.

Gems level up when encased in your gear, even if they are on your replacement weapon.

Read the descriptions of the gems carefully: some only work with a particular type of weapon.

Auras will reserve part of your mana (40% most often). Be aware that as the name suggests “Reduce mana” gem can lower your mana.

Be careful when you develop your gems: check the prerequisites in dexterity, strength and intelligence.

Gems have a level of quality: if the quality is hardly useful for auras (increased area of ​​effect), it is much more helpful for offensive spells. For example, they can increase the damage or speed of the skill.

Don’t use all of your crafting supplies at the start! The “Orbs of alchemy”, “Chaos orb”, “Exalted orb” or “Gem cutters prisms” are somehow the currency commonly used for exchanges. In addition, it is better to keep them for the middle/end game as these orbs are rare.

Keep your quality runes: they can be exchanged, and some are very expensive (“Elemental hit” for example).

The chest is shared between your characters.

Ctrl + left click to put the items of your inventory directly at the seller. This avoids moving them.

Click on “global chat” or put a # before writing to speak in the global chat. (or Shift + Enter)

Local chat is only visible to characters in the same area as you.

To whisper to someone: write @ followed by the character’s name.

Ctrl + Enter to reply to someone.

Ctrl + Alt + click on an object to show it in the chat.

You can hide or show the global chat and/or swap in the top left corner of the chat window.

Press% to talk to your group.

Hover your mouse over the objects in the chat to see their characteristics.

X key to change your weapon to your second weapon set (s).

Hold Shift to attack without moving.

Enter / online to see how many people are online in all leagues and regions.

PoE CurrencyWhile too early in the game for newcomers, you can buy gems and items using Poe currency, both in-game and from outside vendors. And Poe currency pc, Xbox and ps4 is available on all platforms for players to buy. But for newcomers, it is recommended that they earn it through grinding to learn the game while doing so.

-Importance of Competitor Analysis in SEO and Great Tips to…