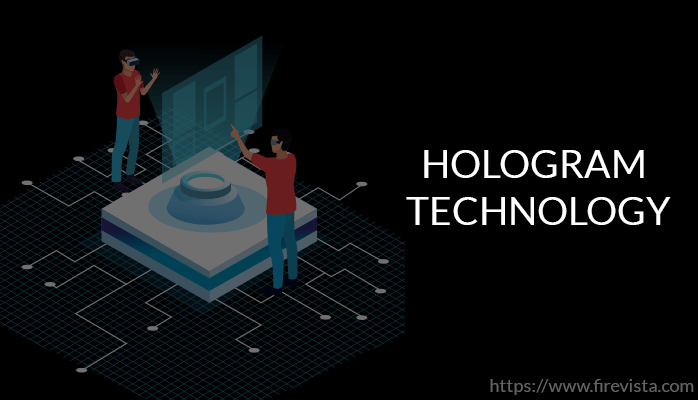 Hologram technology plays a vital role in today’s arena. It is useful in many ways and various fields such as Photography, film industry, supermarkets to scan the codes, and also in the presentation to give it a 3d effect and making it easier to understand. It is also useful in scientific research and trade and commerce. Moreover, nowadays it is useful in the grand celebrations and to spice it up I’ll tell you 10 best applications of hologram technology.

Hungarian inventor Dennis Gabor introduce hologram technology. The floating image of Princess Leia in The Star war which astonish everyone is one of the presentations of Hologram technology. It not only makes things fanciful by also easy in daily life.

A hologram emerges when single laser light is break into two separate beams. The first beam bounce off the object to be photographed and then the second beam is allowed to collide with the reflected light of the first. When this happens it creates the 3-dimensional image which appears to be natural when seen with the naked eyes.

It seems like we are very close to the day where that dream of real holograms may actually become the reality therefore scientists from all over the world have come up with the innovative ways to use lasers, and motion-sensing technologies modern digital processors to create enumerable types of holograms which could amend the way we consume and interact with media in the very near future.

Here is the list of some of the advanced holographic technologies around today. Go through it, and share it with your social networks to help the technology flow everywhere.

Till now, any “hologram” examples have required glass, smoke, or water to bounce light from, but not from now onwards a company named   Aerial Burton has launched a holographic projector that uses a plasma laser to float a 3D image in the air. At present, it is an introductory step, but it shows that the 3d image can be viewed without the need to bounce it off the object. The technology uses a 1kW infrared pulse laser which is focused on direct points in the air via a 3D scanner causing the molecules in the air to be oxidized to create a plasma. While this tech is elementary but it has added value to the holographic technology.

This technology is used in theatre, amusement park, and concerts. It’s all about creating the illusion, but the latest technologies have made it more appealing. Scientists have named it  “digital Phoenix” and also it is the center of the technology of Celebrity’s hologram. It was used in India for the first time by MDH, Then by our Prime Minister Narendra Modi in one of his speeches.  Using high-end motion capture technology and full 3D CGI it completely transforms a person from head to toe, then projects them into a nearly invisible pane of glass.

You may have experienced the basic forms of this technology before at amusement parks or some concerts. They work using small propellers mixed with high tech RGB lights that can switch colors in the fraction of seconds. When running at the right speed they can be used to create an image with a 3D effect therefore nowadays a new device known as The Hypervsn Wall is widely used which takes this technology in the air, creating fully HD images over 3 meters tall that give the appearance of floating in the air.

Researchers of Japan and Belgium has begun to explore a combination of holography and light field technologies as a way to reduce the size and cost of more user -friendly. “Objects that around us scatter light in different directions at different intensities in a way defined by the object’s characteristic features—including size, thickness, distance, color,and also texture,” said researcher Boaz Jessie Jackin of the National Institute of Information and Communication Technology in Japan. “The modulated [scattered] light is then received by the human eye and its characteristic features are reconstructed within the human brain.”

Devices that generate the same modulated light—without the actual object present—are known as true 3-D displays, which includes holography and light-field displays. It is also an application of hologram technology.

A team of researchers from Japan has created a series of Plasma holograms that can be actually felt from the fingers. It can change its shape color, for e.g.-heart and be transform into stars and then into the alphabets. To make it physical, it uses up to 900 motor-driven columns in a tiny area that helps to create shapes in real-time. Most importantly though it looks very appealing and super attractive.

Truly speaking, Princess Leia-type colored holograms are still rarely seen. Most of them that we see and think of as holograms are actually Pepper’s Ghost, Tupac-style illusions that trick your brain by using 2D images to simulate 3D and also a French artist named Joanie Lemercier has given it a thought and added motion tracking to make it work even better. In this way, the “no-logram” can change perspective as one move around it, fooling his brain into thinking the objects are truly 3D. This technology is widely used by the filmmakers and the magicians. There isn’t any need for the headset or the screen to view this hologram. This application stands tall among the best applications of hologram technology.

This type of Hologram Table will bring a holographic function to the office, job site and home therefore it has direct applications to the apex industries and businesses all across the globe. This Hologram Table can display digital models of cities or buildings as miniatures, and also with the ability to zoom in and out. A person can pick up objects and move them around, or prepare holographic presentations to express his ideas. The holograms it projects can project up to 60cm high or appear to sink a meter into the Table. It creates the image on the flat surface. It is more user-friendly.

Dream a world where you can view a three-dimensional digital hologram in high definition, from any angle, with no illusions and no special glasses. 3D volumetric technology brings that world closer to you. The Voxon VX1 is the world’s first 3D volumetric display – a 3Dimensional, real-time, interactive hologram which can be viewed from any direction without glasses, headsets or special effects. One of the latest technologies of the current holographic era, Volumetric holograms like those created by using the Voxon VX1 display in an ultra-high-speed digital light engine and a highly-optimized volume rendering engine to project over a billion beams of light into a volumetric space every second. Thousands of digital cross-sections of an image are projected simultaneously onto a specially designed high-speed reciprocating screen. This type of holographic technology is widely used by the field of medical science.

This is one of the latest discoveries in holographic technology ever. Researchers at the Digital Nature Group have found a way to create three-dimensional, interactive holograms comprised of relatively small beams of light plasma called voxels. They achieve this by using femtosecond lasers. Though, these holograms are actually intangible—they can be FELT! Light bursting to life in brilliant images—really astonishing? Well, according to the team’s principal investigator, Yoichi Ochiai, it feels like sandpaper.

Thus, to sum up, we have discussed the various applications of Hologram technology. It is one of the technologies which is rapidly growing and coming up with innovations. That’s all for now. A truly disruptive technology not only changes the way that people think but also the way they operate.

You May Also Read :

–Best Text Message Marketing Software for Branding –Best and Cheapest Antivirus Software for Windows – Google is running an invitation-only test of Shoelace, a new social networking app –Do You Know about eSIM and How is it Different from a SIM Card?