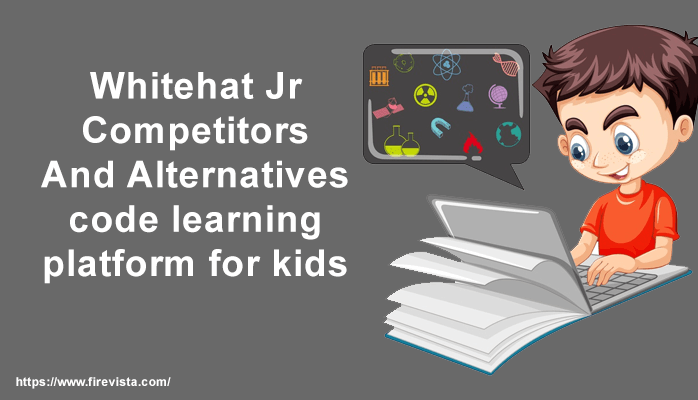 Online code learning platform for kids Basic programming has become an important skill for grown-ups and children alike, and the marketplace is full of coding programs for kids. The advantage of picking up this skill, especially for kids, is huge: Learning how to build simple websites and games helps kids refine their design, logic, and problem-solving abilities. It allows them to express ideas and creativity in unique ways.

Blockly explains programming principles and introduces JavaScript using a block-based programming approach. It’s just like doing a puzzle, except you connect pieces of code and you don’t end up with any missing pieces under the couch.

Puzzle pieces will appear on the screen and the goal is to complete the “story” that makes up the software program by completing the puzzle. Each puzzle piece represents a block of code, which is similar to a paragraph in a story. Kids can drag-and-drop the pieces of the puzzle to create a sequence of code.

As long as your child can read, he or she can learn coding with Blockly. However, some of the games include using the number of degrees to define the direction an object moves and other concepts that may be difficult for really little kids despite it using a gamification approach and simple graphics.

Code Combat is a coding game for kids that make them learn Python and JavaScript coding using text-based programming. Kids need to play through different levels of a role-playing game and, along the way, they will learn to code in Python and JavaScript. This programming website for kids features fun graphics and the ability to connect with other players in the community making coding a team sport.

If you are a teacher, Code Combat developers even provide course guides and wikis for your classrooms. They also promise a Course-in-a-Box containing a semester’s worth of course content to add to your curriculum.

Stencyl is a game creation software that lets users publish iPhone, iPad, Android, Windows, Mac, Linux, HTML5 & Flash games without code. They use a graphical interface similar to Scratch, but with new functionality and even more ready-to-use blocks. Kids can build their own worlds and characters and edit them in detail to make them more complex.

The graphics are kid-friendly and, for advanced students, there is the option to see and edit the text-based code in their game. It requires a software download and set up, but offers extensive support in their forums. Stencyl is great for the kid who appreciates game development and detail in the design.

Code Monkey is a programming website that teaches kids coding through playful online games. Children do coding with the goal of helping a monkey gather bananas. The player goes through a series of challenges and eventually learns enough code to be able to build his or her own game.

Eventually, kids get to write code with a text-based editor and learn CoffeeScript, a language that uses a syntax similar to English but compiles into JavaScript. Their stories cover all of the important coding concepts such as logic, loops, direction, sequencing, and algorithms

Code.org is a non-profit organization that organizes the annual Hour of Code. Apart from providing curriculum to schools, they also host a coding website for kids with a series of four courses that teach computer science fundamentals. At the end of each course, kids are able to create interactive games or stories for sharing online. Your child will get to see and be a part of the over 74 million projects showcased.

Each course is designed with a series of puzzles, videos, and activities that teach the principles behind computer science. Course 1 is made for early readers (age 4-6) and can be skipped if your child is already reading proficiently.

Organized as a classroom curriculum, each unit includes a teacher’s script, an unplugged activity, an independent practice activity, and some kind of assessment or quiz. Kodable is a great way to take students from block programming and transition to real code.

Scratch is the platform that is used for the elementary school coding program, so we obviously love it. It’s a free block coding website platform for kids, developed by the MIT Media Lab. Scratch is a programming language and consists of graphical blocks that snap together.

Scratch has a big online code learning platform for kids where they can program and share interactive media such as stories, games, and animation with people from all over the world.

Tynker is a self-paced online programming course for kids. It’s a coding website for kids especially created for them to build their own games and apps as well as learn how to program Minecraft mods. Tynker teaches in both block programming and text-based courses.

The programming courses are game-based and space-themed with space aliens and rocket ships. Kids go through three levels of games/classes for the track that matches their age.

Originally created by Google, App Inventor makes it possible to program Android apps just by moving objects around the screen. This approach is similar to block-based programming. The course begins with setting up the App Inventor and moves through building progressively more complex Android apps. Students learn how to build mobile apps and share them using App Inventor.  It’s educational, easy, and fun.

MIT now hosts App Inventor online, so, lucky for us, it available for free. The tutorials have been refined for use by teachers and gathered into a Course-in-a-Box that includes video and text-based lessons. Instead of keeping your kids off the phone, App Inventor will help kids go inside the phone.

As we all know that coding is one of the best ways for the student to present their logical ideas. So above in this blog, I have provided you the information that consists of some of the online code learning platform for kids. We know WhiteHat Jr is best but If you want some alternate for that then just go through it.

FAUJI Game is the next PUBG!
You Need To Know About React v17.0
Top tools to become a Devops Engineer