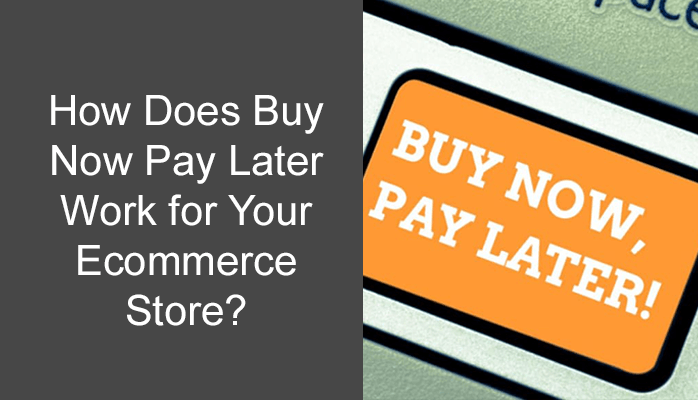 The pandemic saw the growth of a traditional payment method that was relaunched in a better way to attract customers and increase sales charts.

What is buy now pay later?

Buy now pay later, as the name suggests, allows customers to buy a product and pay for it later in interest-free installments. The idea of buy now pay later is not something new. The idea of paying in installments can be traced back to ancient times. Though the process started in 1641, it is between 1840-1890, it gained momentum, mostly because of mechanisation and  mass production of consumer durables. Products like furniture, pianos, farm equipment, and sewing machines were especially made available to people to buy on credit. This option of buying on credit tripled the sales of the company.

The buy now pay later option was founded by Nick Molnar and Anthony Eisen in 2015, under the name after pay. Though buy now pay later was never new, it took a pandemic for people to switch to this option of payment. The covid pandemic reduced the purchasing capacity of the individuals. Credit card installments kept increasing, eating away a major chunk of people’s salary. This made people debt prone. In order to avoid this, people started looking for alternatives that would provide them with effective and hassle free payments. Buy now pay later option seemed as a better alternative.

How does buy now pay later work for a customer?

Buy now pay later is very much similar to the credit card payment. What is it that gives an edge to this mode of payment compared to the credit card system? To generate a credit card on someone’s name, one needs to go through lots of checks and submit proper documentation. This makes the process difficult and tiresome, making some customers opt out of this. Unlike this, buy now pay later just requires the consumer’s name, e-mail address, date of birth, and billing address. The consumers are also free from paying interest on their installments. This gives them more liberty to spend on products that they desire.

How Does buy now pay later Work in an E-commerce Store?

With the whole world going online, ecommerce saw their businesses booming. In order to survive this growing competition, the online business should offer some perks to their customers. These perks should also help them in retaining their existing customers. Buying now pay later is one such option that would increase their sales, help them in retaining customers along with bringing in a new customer base.

Buy now pay later helps in building the trust of the customers. Earlier, much before the advent of these credit payments, stores let customers reserve an item in the store. They paid the installments and took the products home. In this current competitive world, this is not feasible as more and more people come looking for the same product. Buy now pay later option gives customers access to the product even before paying the installments. This gives the customers a chance to try out your product and pay only if they enjoy it. If not, they can return it without fearing about the loss of money.

Most of the customers don’t have sufficient funds to shop, especially during the month end. Buy now pay later option helps them in purchasing things with the confidence of being able to pay them later. Customers would be more open to spend on different products which they wouldn’t if they have to pay immediately.

Adding buy now pay later option to checkout might lessen the cart abandonment. Most of the customers add things to their card and end up not buying them due to shortage of funds or fear of exposing their bank details. The buy now pay later option alleviates these fears as customers just need to login in with their app details and checkout without fearing about their details getting exposed. Also, buy now pay later increases the purchasing capacity of the people as they needn’t pay the complete amount as a chunk, but can pay them in interest free installments. This option will also make the checkout process smooth.

Most of the customers are looking forward to purchase under the buy now pay later option. People would like to break their expenses if given an opportunity. Buying pay later gives them this opportunity. This will be a push factor for customers when they shop anywhere. They would specifically look out for this option to spread out their expenses. This doesn’t mean they would purchase some expensive products. People use this option to buy products they use regularly.

A better payment option to your consumer

Buying pay later is considered as a safer and better alternative of credit by the customers. It is a much more effective and affordable solution, compared to credit cards. This will encourage the customers to shop more. In case of non-payment of the money, it is the responsibility of the buy now pay later companies to pursue them and make them pay.

Keeping up with the trend

Buy now pay later option is a huge hit and people are preferring this mode of payment everywhere possible. Businesses are also trying to accommodate every upcoming change in the market. In order to stay relevant and deliver your customer needs, you need to adapt yourself to new changes. If not accommodative of new changes, you might just see your competitor, who paced up having a good business unlike you.

Apart from the above mentioned benefits, customers also get to try out the products at home and return the ones that don’t fit them. With buy now pay later option, returns are even more manageable and hassle free.

In the end, it is always better to give people options to choose and provide them with quick, user-friendly, efficient and safer options.